What is Photogrammetry? Turning 2D images into 3D Models

Photogrammetry is the science and technology of obtaining reliable information about physical objects and the environment through the process of recording, measuring and interpreting photographic images and patterns of electromagnetic radiant imagery and other phenomena.

What does that even mean?!

Photogrammetry is how you take 2D photos and turn them into 3D models. It uses advanced mathematics to understand how the photos are connected and recreates the scene that was originally photographed. 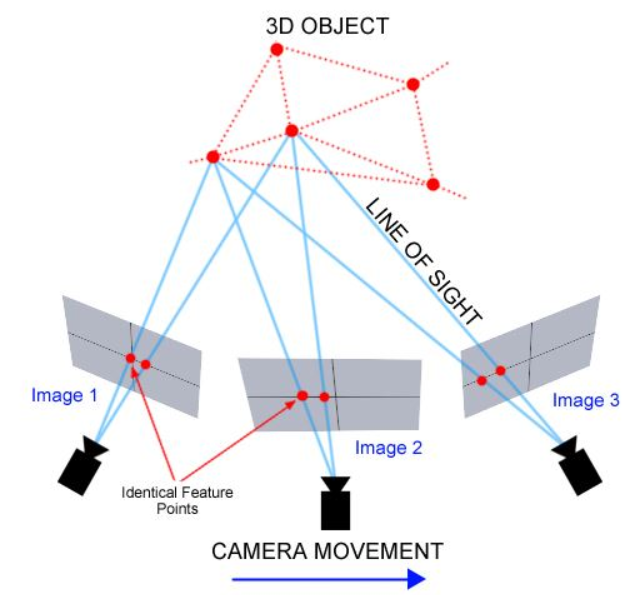 In aerial photogrammetry, a camera is mounted on an aircraft. Throughout history it was common to mount cameras on all forms of aircraft but more recently the invention of drones has made aerial Photogrammetry much more common and accessible.